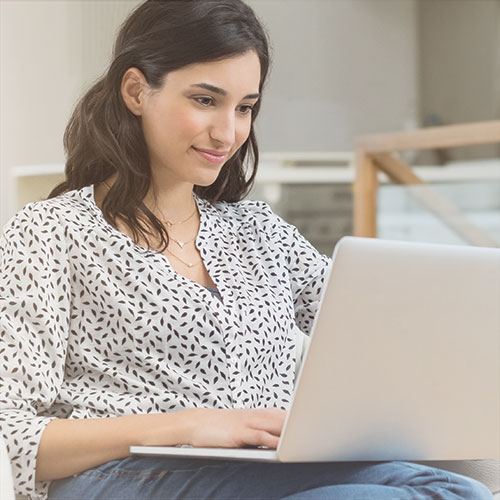 The Focused Ultrasound Foundation: Making Waves and Breaking Barriers In Neurosurgery and Immunotherapy 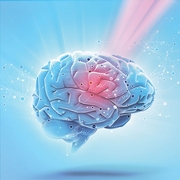 The collaboration of Dr. Francesco Prada and Dr. Frederic Padilla, both Merkin Fellows working with the Focused Ultrasound (FUS) Foundation, brings advancements in neurosurgery and surgical oncology closer to reality. Together, these brilliant scientists seek ways to optimize treating some of the most difficult and progressive brain tumors and cancers known to humankind.

To comprehend how focused ultrasound can assist in transforming the lives of those affected by brain tumors and other types of cancer, we must understand the journey of these two scientists from the root of their research into the practice, implementation and execution of their unique discoveries and solutions.

Within the last year, Francesco Prada, M.D., recently appointed as Brain Program Director at the Focused Ultrasound (FUS) Foundation, successfully completed the first part of his study on sonodynamic therapy to take on glioblastoma – a type of diffuse brain tumor with a very poor prognosis. Glioblastoma is highly aggressive and difficult to treat as these tumors are found at the base of the brain. They are glial tumors, meaning they arise from the brain's glial tissue – tissue made up of cells that help support and protect the brain's neurons.

Prada’s goal is to use focused ultrasound to activate substances that are known to accumulate within the tumor. Typically, this method is used for intraoperative visualization of the tumor for surgical guidance (5-ala/fluorescein) to induce cell death in small animal glioma models. With the initial studies completed, Prada plans to start testing this technique in a larger preclinical model to determine its safety.

Prada is closely following the work of his mentor Dr. Jeffrey Elias, a neurosurgeon at the University of Virginia (UVA), to learn more about his focused ultrasound treatments for various applications, and to study his methods for patient selection.

Together with UVA neurosurgeon Dr. Yashar Kalani, Prada also received approval from UVA’s Internal Review Board to study the clinical use of microbubbles in an intraoperative environment. Several preclinical projects are set in motion to use microbubbles for both brain tumor ablations and blood-brain barrier (BBB) opening. The valuable data gathered from previous studies conducted in Italy at the Fondazione IRCCA C. Besta of Milan will help to create a chart of microbubble distribution in the
brain that will ultimately optimize ultrasound treatments.

In the brain tumor project, the primary purpose is to destroy the tumor in an intracranial glioma model, while the BBB study involves using direct microbubble visualization with contrast-enhancing ultrasound to focus on different parts of the brain.

Prada’s continued efforts to pursue technical, preclinical and clinical projects include further research on focused ultrasound as an adjunct to brain tumor surgery. The second part of the sonodynamic project will include sonicating different photoactive substances in larger animals to verify its safety, and enhance the data already collected from his previous research on small animal models.

“We are installing a focused ultrasound device at my home institution in Milan,” shared Prada. “The FUS Foundation seemed the perfect place to learn more about focused ultrasound in its many aspects while also sharing my clinical expertise toward brain applications, especially brain tumors. The environment at the Foundation has been extremely stimulating, and I had the opportunity to contact and collaborate on various projects with leaders in the field while broadening my understanding of how focused ultrasound can impact brain disease.”

Meanwhile, Merkin Fellow and FUS Foundation scientist, Dr. Frederic Padilla has been studying how focused ultrasound combined with chemotherapy and immunotherapy can help to alleviate the immunosuppressive microenvironment that tumors naturally develop to protect themselves from the body’s own immune system. The objective is to stimulate an effective immune response that will enhance immunotherapy.

Padilla is optimistic that focused ultrasound will provide the opportunity to be the ideal, non-invasive treatment strategy to treat pancreatic cancer – one of the most challenging cancers to treat. He hopes that when combined with immunotherapies, focused ultrasound will trigger or promote a therapeutic response that will result in a more efficient form of treatment.

Prada and Padilla’s partnership and ability to share resources at the Foundation will expand future research into how brain tumors respond to radiosurgery. By combining radiosurgery with focused ultrasound, they aim to treat diffuse brain tumors such as glioblastoma multiforme (GBM). Padilla stated, “During my time with the Foundation, I plan to further study blood-brain barrier opening and its relation to microbubble distribution within the brain.”

The continued support received from Dr. Richard Merkin, President and CEO of Heritage Provider Network (HPN) will allow the Foundation to create unique opportunities for researchers and scientists to work collaboratively to discover solutions that will one day transform healthcare treatment and save the lives of those affected by cancer and other fatal diseases.

Dr. Prada joined the FUS Foundation as a Merkin Fellow in July 2017, being the Foundation’s first clinical fellow. Dr. Prada began practicing neurosurgery in 2000 and to date, has performed more than 500 ultrasound-guided neurological procedures. He relocated from the Istituto Neurologico Carlo Besta (also known as the C. Besta Institute) in Milan, Italy, for his original 12-month appointment. He will serve another year as the Foundation’s Brain Program Director.

As a clinical practitioner and researcher, his main interest is skull base, pituitary and neuro-oncological surgery. His research is focused on the intra-operative application of advanced ultrasound techniques, particularly on the use of microbubbles for image and therapy. He is also a member of the TheraGilo consortium, which focuses on theranostics microbubbles for cerebral glioma.

Dr. Padilla is currently a Merkin Fellow, joining the FUS Foundation from the Laboratory of Therapeutic Applications of Ultrasound (LabTAU) in Lyon, France. He is signed on for his 12-month appointment as a Visiting Professor at the University of Virginia’s Department of Radiation Oncology while working closely with the Foundation’s scientific team.

His training includes physics and electrical engineering (MSc in Physics, PhD in Physical Acoustics, University of Paris-7; Electrical Engineering degree, Supelec, France). He obtained his Ph.D. in 1998 and then joined the French National Center for Scientific Research (CNRS) where he is under a tenure position as Research Scientist (Associate Professor). He is a Fulbright Fellow, and has been a visiting faculty in Boston University (2008) and a visiting professor at the University of Michigan (2009-2011).

Courtesy of the FUS Foundation

We Speak your Language
Heritage Newsletter

The Health Insurance Portability and Accountability Act (HIPAA) Privacy Rule affords members the right to receive a notice that describes how health information may be used and disclosed and how to get access to this information. Regal Medical Group (RMG) is required to send a notice ("Notice of Privacy Practices") to members of our insured Health and Long Term Care plans.

Personal Information Collection and Use:

RMG welcomes you to their website. All information that is collected on our website is done on a voluntary basis. All non-public personal information that you provide via our website will be used strictly for the purpose stated on the page where it is collected. RMG will not sell, license, transmit or disclose this information outside of RMG or our affiliated companies unless (1) required or permitted by law, (2) expressly authorized by you, or (3) necessary to enable RMG contractors or agents to perform certain functions for us. With all disclosures, we will disclose information consistent with applicable law and regulations and we will require the recipient to protect the information and use it only for the intended purpose.

"Personal Information" is defined as data that is unique to an individual, for example: name, address, member id, date of birth, or telephone number. There may be occasions where we may request personal information on our website in order to provide services or respond to your questions.

Please note e-mail, like most, if not all, non-encrypted Internet e-mail communications, may be accessed and viewed by other Internet users, without your knowledge and permission, while in transit to us. For that reason, to protect your privacy, please do not use e-mail to communicate information to us that you consider confidential. If you wish, you may contact us instead via non-cellular telephone at the numbers provided on our Contact Us page or Member Services at 866-654-3471.

We have made some locations on our website secure, so you can exchange non-public personal information with us. You will be provided appropriate instructions at each of these locations.

Linking to Other Sites

RMG has adopted and adheres to stringent security standards designed to protect non-public personal information at regalmed.com against accidental or unauthorized access or disclosure. Among the safeguards that RMG has developed for this site are administrative, physical and technical barriers that together form a protective firewall around the information stored at this site. We periodically subject our site to simulated intrusion tests and have developed comprehensive disaster recovery plans.

Changes to this Statement

RMG may change this Statement from time to time without notice. This Statement is not intended to and does not create any contractual or other legal rights in or on behalf of any party.

All information provided on this web is "AS IS" without warranty of any kind, either express or implied warranties of merchantability, fitness for a particular purpose, or non-infringement. Some jurisdictions do not allow for the exclusion of implied warranties, so the exclusion above may not apply to you. The data set forth herein is for informational purposes only, and no warranty is made that the information is error-free. Please note that once you leave this site, either by using a link we may have provided for your convenience or by specifying your own destination, RMG accepts no responsibility for the content, products and/or service provided at these non-RMG locations. RMG does not control, endorse, promote, or have any affiliation with any other website unless expressly stated herein.

RMG will not be held liable to any party for any direct, indirect, special, or other consequential damages arising from any use of this website, or any linked website, including, without limitation, any loss of profits, business interruption, loss of programs or data on your equipment, or otherwise, even if we are expressly advised of the possibility or likelihood of such damages.

Information may be changed or updated without notice. RMG has no obligation to update information presented on this website, so information contained herein may be out of date at any given point in time. RMG may also make improvements and/or changes in the services and/or programs described in this information at any time without notice.